SSRCE will be holding Info Sessions on the variety of optional French Programs that are offered throughout the region. 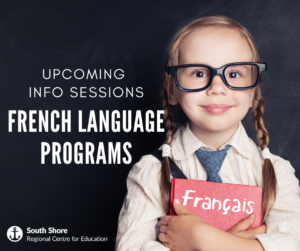 All sessions will take place on Google Meet at the links below at 6:00 p.m.

More Information On Each Program: