Yesterday Jason Lantz, the Community Coordinator from Sobeys, came to the 4/5 class at Hebbville Academy to teach learners about spices.

Learners followed a recipe to make their own taco seasoning. Jason explained the benefits of making food, including seasonings from scratch. We also discussed the benefits of adding toppings to the tacos so that several food groups were included in the meal. Everyone helped Jason to prepare a delicious taco lunch right there in our classroom.

We established our classroom culture of waiting until everyone was served to begin enjoying the tacos. Connecting to what we know and understand about mindful eating each mouthful was slowly savoured!

Following eating the delicious tacos, learners carefully thought about how they would compliment the chef and after giving compliments everyone helped to tidy up.

This event was generously donated to us by Sobeys. It also marked the kick off to our Community Lunch Project. Thank you Jason and Sobeys for coming to our class! 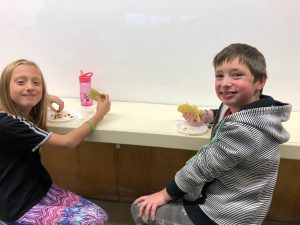 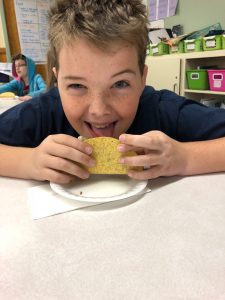 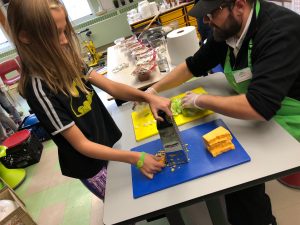 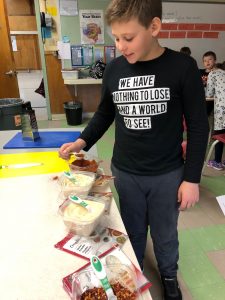