On April 15th, the world lost over 850 years of French history in less than 24 hours. Paris’ beloved Notre Dame Cathedral, “Our Lady Paris,” went up in flames, damaging primarily the roof, that was made of 300 to 400 year old wood from some of the last of Paris’ forests. The main structure has been saved, but some iconic features of the Cathedral such as the 300 foot tall center spire, have fallen. Many artifacts were saved, as well as priceless paintings including “Mays de Notre Dame,” which have been taken to the Louvre for safe keeping. The twin bell towers, pipe organ, and the Rose windows remain intact. It’s rich French history dates back to when the Cathedral first begun construction in 1163. After over 180 years of construction, it was completed in 1345, suffering damage from the French Revolution but still standing, and made it through the world wars. Not only is the Cathedral a historical landmark itself, but historical events such as Henry the VI being crowned king of France in 1431, and Napoleon Bonaparte being crowned (by himself) Emperor in 1804, took place inside the Cathedral.

I am lucky enough to have experienced the one of a kind beauty Notre Dame possesses not only once, but twice, once being only about a month ago. No matter your religion, anyone can appreciate the beautiful artwork, stained glass, and architecture the building has to offer. My heart breaks for the city of Paris, and Catholics of France. Tragic events like this are why travelling is so important. There are so many beautiful things in the world to see. For experience, and education purposes, I think it is crucial to explore what the world has to offer and see all the stories it tells, because you never know when those things may disappear. Thankfully because of brave firefighters and emergency first responders, many of the most valuable items have been saved, but this shows how quickly they could’ve been lost. I’m glad to have the memories I have of the Cathedral. I’ve learned that you truly don’t realize what you have until it’s gone, and to never take moments for granted, because you never know when you’ll have a moment like it again. When travelling, I’ve seen so many people taking pictures on their phones (I am very much guilty of this too sometimes) getting that perfect picture for social media, that they’re not really taking in what is in front of them. It is so important to actually emerge yourself in the moment, to really enjoy sights and things while they’re still there.

As of now,  French president Emmanuel Macron says it will take up to 6 years to rebuild, possibly more. Even though it is a sad time because so much history has been lost, this is our chance to create new history. It has been rebuilt before, so of course it can be rebuilt again. I hope to go back one day to see the Cathedral restored, and once again in all of its glory. 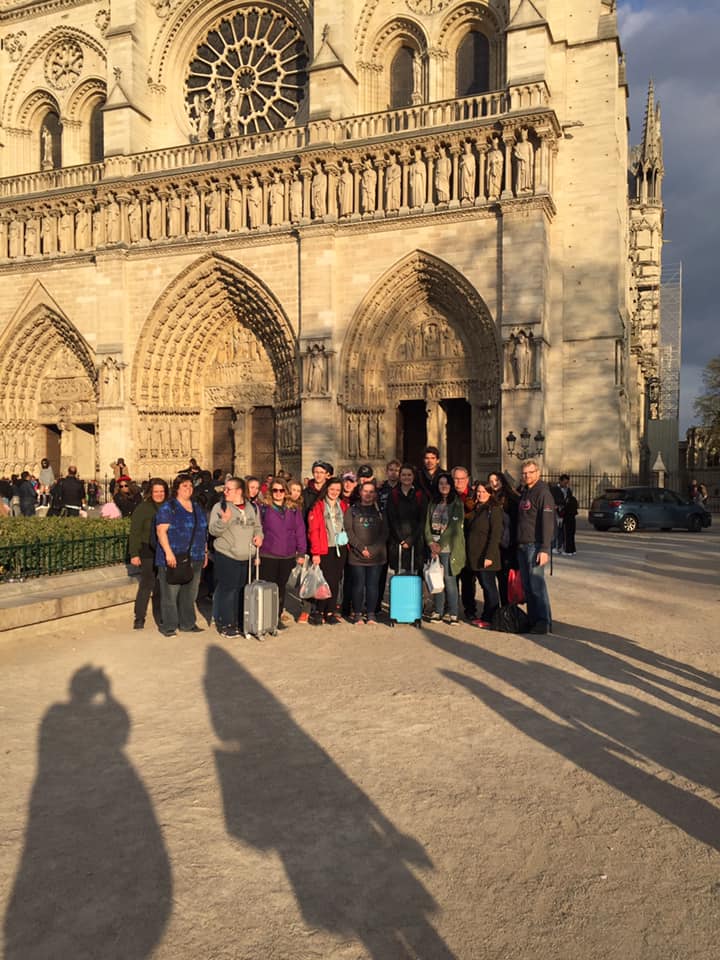 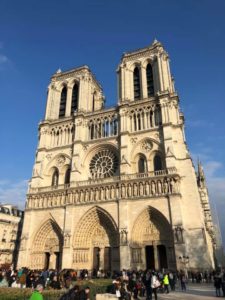